How are the markets performing? To unpack 1st and 2nd quarter performance, I attach the latest Investec Asset Management report.

A hard sprint to the quarter’s finish-line with a 3.3% rally on the ALSI on the last day!
Market trends have however changed significantly in the 2ndquarter of 2018.

1.1 Global equities ended the month marginally softer with the MSCI ACWI down 0.5% in US$. Concerns around trade wars and less-accommodative US monetary policy conditions are dampening positive sentiment driven by strong economic and earnings growth trends. A sharply weaker Rand (8.2% weaker against the US$ in June), lifted gains from offshore holdings from a SA investor perspective. In Rand terms, global equities are up 7.6% in June and a very strong 16.3% over the 2nd quarter. Emerging Markets however were not looking strong; The MSCI EM Index is down 4% in US$ in June, closing the quarter almost 8% lower.

1.2 SA markets: The ALSI staged a strong rally on the last day of the month (up just over 3% on the day), resulting in a gain of 2.8% for June and lifting the quarter’s return for local equities to 4.5%. Despite these gains our market is still down 1.7% since the start of the year with significant swings at sector level. SA bonds had another difficult month, down 1.2% in June. While the ALBI is still up 4% since the start of the year, a large chuck of the 1st quarter’s gains have been reversed in the 2nd quarter.

The overall market’s lacklustre returns since the start of the year should not give a false sense of calmness. Volatility at underlying sector levels has been extremely high as we saw a sharp change in market leadership from ‘SA Inc.’ to ‘Rand-hedge’. While the ALSI is up 15% over the last 12 months, longer term returns remain very muted. The ALSI has barely outperformed inflation over the last 3 years with a gain of only 6.7% per annum.

2.1.1 Resources:
June was again a very strong month for Resources, especially the large-cap Diversified Miners. Commodity prices hanging-on to recent gains, coupled with a weaker Rand, saw the Resources sector gaining 6% in June. Since the start of the year, the sector is up 15%. During the 2nd quarter BHP Billiton rallied 32% and Anglo’s was up a very healthy 11%. While higher oil prices are seriously denting our wallets when filling-up your car, Sasol’s share price is up 25% over the last 3 months. The paper stocks also enjoyed a strong quarter with Mondi and Sappi respectively up 23% and 20%. On the negative side, rising US interest rates negatively impacted the price of precious metals and therefore the returns from Gold and Platinum miners. Gold stocks were down almost 6% in the 2nd quarter, despite a 5.5% gain in June. Despite a gain of almost 4% in June, the Platinum sector was still 2% softer over the quarter.

2.1.2 Financials:
Most financial stocks basically reversed all of their 1st quarter gains in the 2nd quarter. The Financial sector closed the quarter 6% lower on the back of a decline of almost 8% for the banks. While FirstRand held up reasonable well, down only 4.5% in the 2nd quarter, the other 3 major banks all fell more than 10%. The Life companies also had a tough time with Sanlam falling 15% over the quarter. Old Mutual was also 8% softer over the 3 months leading up to its unbundling on the last trading day of June.

2.1.3 Industrials: ‘SA Inc.’ came under pressure:
• Rand weakness helped returns on some of the Rand-hedge counters during the 2nd quarter after a difficult start to the year. Naspers (+20%), Richemont (+9%) as well as Bid Corp (+7%) were up strongly over the quarter. Even British American Tobacco (after a very difficult start to the year) ended the quarter 0.6% higher following an 8% rally in June. Mediclinic however closed the quarter 4% weaker.

• Returns from ‘SA Inc.’ sectors were under pressure across the board. General Retailers were down almost 20% over the quarter and even the more defensive sectors such as Telecommunications and Food & Drug retailers where down sharply. Some of the biggest moves over the quarter included Massmart (-31%), Truworths (-28%), Foschini (-22%), Mr Price (-19%), Imperial (-16%), Vodacom (-17%) and MTN which was down 9%.

3.2 A deteriorating outlook for EM bonds resulted in significant selling pressure from global investors over the quarter. In addition, a deterioration in the domestic inflation outlook (rising petrol prices) saw the local 10yr yield rise by more than 80bps from around 8.0% to close the 2nd quarter at above 8.8%.

3.3 While market-friendly changes on the domestic political front should continue to provide support to the domestic debt market, the global outlook for Emerging Markets has deteriorated. Foreign selling has been the primary driver behind rising domestic bond yields.

4.1 Volatility in the SA Listed Property market continued in the 2nd quarter. After having lost almost 20% in the 1st quarter, the sector shed another 2% in the 2nd quarter. While the declines in the first 3 months of the year were mainly concentrated in a sharp sell-off in the Resilient group of companies, the rest of the market took its lead from the deterioration in sentiment towards the domestic growth and interest rate outlook in the 2nd quarter. Bouncing off depressed levels saw some recovery in the prices of Resilient, FortressB, Green Bay and NepiRockcastle. Rand weakness helped the performance of stocks such as Redefine International, Capital & Counties, Intu and Hammerson. However, those stocks geared mainly to the domestic market had a more difficult period. Stocks such as Hyprop, Growthpoint and Vukile all closed the quarter roughly 6% lower.

4.2 Looking forward, the SA Listed Property sector has gone through an extremely volatile period which could continue until more certainty is available on the Resilient group of companies. We believe that valuations on some of these companies remain high considering a weaker growth outlook. Within Investec Property Equity, we therefore retain a significant underweight allocation to these shares, except for NepiRockcastle. While the recent period of Rand-weakness has lifted the returns on those companies with predominantly offshore assets, the deterioration in domestic growth sentiment has negatively impacted expectations around some of the domestic counters. That said, on an overall valuation basis (price/NAV), the SA Listed Property sector (those companies with mainly a domestic asset base) remain close to the cheapest levels since ‘Nene-gate’ in December 2015. From a growth perspective, distribution growth expectations remain reasonable and should be close to 7% over the next year. This should translate into decent real returns for investors. The portfolio has a bias towards selective smaller domestic counters which offer decent growth prospects underpinned by good value. In addition, we remain selective on counters with offshore exposure. Sirius, Hammerson and Investec Australia remain some of our key positions in this regard. 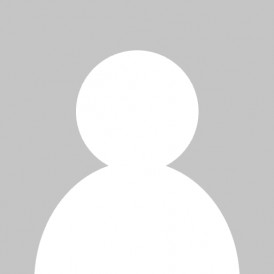